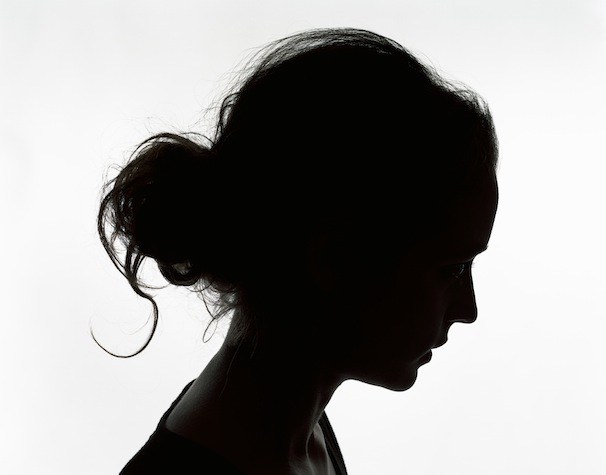 Katherine Wolkoff’s photographs have been widely exhibited, including shows at Sasha Wolf Gallery, Danziger Projects, the New York Photo Festival and Women in Photography. Her photographs are included in the collections of the Addison Gallery of Art, the Norton Museum of Art and the Yale University Library, and have been featured in The New Yorker, Time Lighbox, Collector Daily, Artforum, Aperture, Twice, and Frieze. She has been nominated for the Prix Pictet Prize, the Santa Fe Prize of Photography, a World Press Photo Award and was chosen by PDN as an emerging artist in 2004.

Born in 1976, Wolkoff graduated from Barnard College and received her MFA in photography from Yale School of Art. She lives in Brooklyn.

While the grassy meadows and scraggly weeds in Katherine Wolkoff’s new photographs could conceivably have come from any number of places in America, somehow they have a uniquely Northeastern feel to them. Around here, the kinds of open areas she has documented on Block Island in Rhode Island typically border on wetlands or new growth forests, acting as sunny transitional zones from one micro-ecosystem to another. These in-between areas have become part of the fabric of this crowded land, so much so that we humans have gotten used to local animals moving back and forth between the areas of wildness and civilization. In our neighborhood, the deer that inhabit these meadows come right up to the houses in the twilight, stopping by to nibble on the tulips and the rhododendrons before bolting back into the undergrowth.

At night, these same deer make temporary beds in the tall grass, nestling down out of the wind. When they rise in the morning and move off, they leave behind faint swirled depressions and hollows, and it is these ghostly tramplings that Wolkoff has documented in her recent landscapes. In many ways, the works are like figure/ground exercises, the pushed down silhouettes becoming ephemeral evidence of recent presence. The grasses and weeds are matted and flattened in barely recognizable bowls and nests, the frame cropping out everything but the quietly noticeable absence of the deer. Given the natural course of wind, rain, and sun, these beds will soon return to their normal form, so there is something especially fleeting about what Wolkoff has captured. The resulting images are calm and gentle, pictures of both nothing and something, both representational and gesturally abstract.

I think these photographs rightfully belong in the Northeastern landscape photography tradition that includes everything from Ray Mortenson’s weeds to Joel Sternfeld’s Oxbow Archive. What all of these bodies of work share is sense of the understated, of the beauty to be found in the overlooked corners of our land. Wolkoff’s deer beds require some patience to get into, but they reward the attentive viewer with a sense of closeness to the rhythms of nature and a feeling of unpretentious Yankee simplicity.

The prevailing metaphor of photography is that of the hunt. Photographers shoot, even stalk, their subjects; in the case of Katherine Wolkoff’s work, the absence of “prey” itself becomes the subject of the project. Wandering the fields of Block Island off the coast of Rhode Island, Wolkoff searches for deer beds, the matted-down sections of high grassland that deer create to sleep in. Because deer are skittish animals, those of us who aren’t sportswomen can scarcely imagine a deer relaxing enough to nap, and at times Wolkoff tracks the animals only to have them dart off moments before she arrives. Her series of large-scale color photographs depict the subtlest of traces of wildlife in the landscape; to the uninformed, these areas off the beaten path would be wholly invisible. Portrayed at near life size, and hung from opposite walls, the enclosures in the photographs surround the spectator, and any sense of a horizon line is obscured by the tall meadow. Tamped down and horizontal, as opposed to erect and vertical, the space of the deer bed is the simplest kind of construction—that of the nest. When it is shown in the white cube gallery, the dissonance between these two types of places—between the human-organized and that which is determined by instinct—allows the viewer not only to traverse the remote spaces of nature, but to viscerally inhabit the architectures of the nonhuman.

Like the process of photographing itself, Katherine Wolkoff’s work documents clues and exposes traces.

Her series “Nocturne” (2005-2007) takes you through trees illuminated by the moon and portraits lit like candles. “Found” (2006) documents a series of stuffed birds, silhouetted and touched with color, which could pass as paper cutouts.

The Sasha Wolf Gallery will be showing Wolkoff’s 2007 series, “Deer Beds,” May 8th through June 30th. This work, evidence of the nocturnal nesting of deer on Block Island, quietly exposes what is left behind.

Two pieces from her new body of work, “Bonsai,” will also be shown: bonsai silhouettes made at the Brooklyn Botanical Garden. Drawing you in, the pristine images invite you to contemplate the miniature and the gigantic.

The birds in Wolkoff’s photographs are taxidermic specimens, perched on bits of wood and seen in silhouette against white grounds. Although color seeps out at the silhouettes’ ruffled edges, the effect is graphic black-and-white, with the birds reduced to iconic essences, like sculptures of comforting household gods. But captions restore them to surprising specificity. The northern oriole, for instance, was “Taken from cat by Elizabeth Dickens, May 1, 1924.” Others are described as “storm victim,” “killed by automobile,” or, in several instances, “killed by telephone wire.” Large photographs of trees lend the show an expansive air, but its themes remain grounded in life and death.