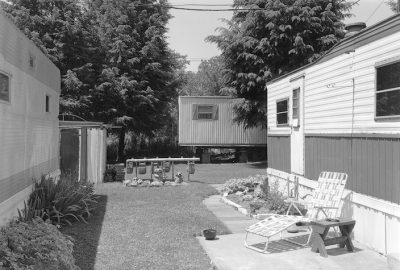 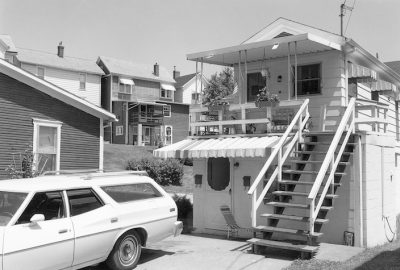 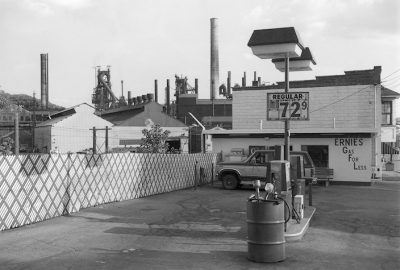 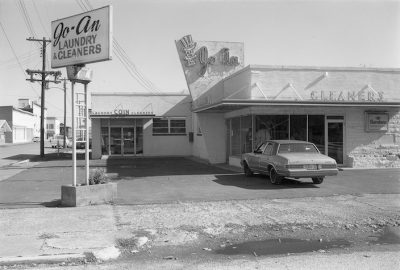 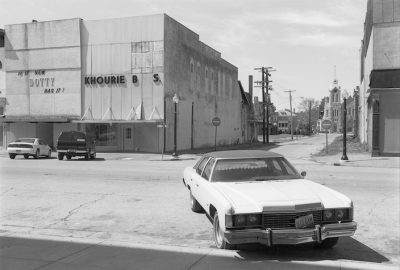 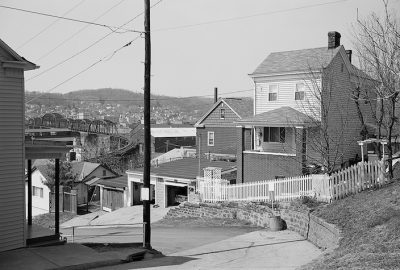 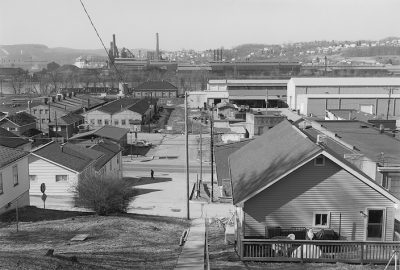 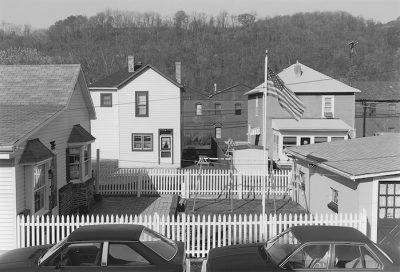 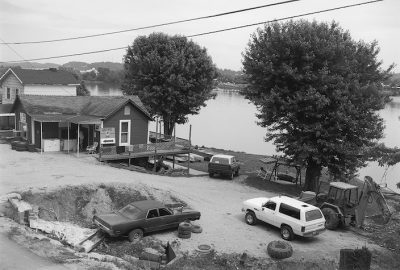 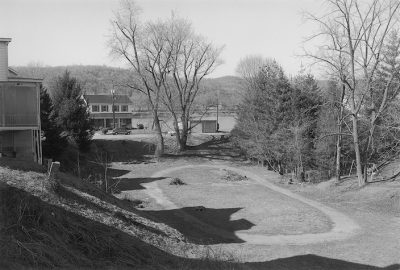 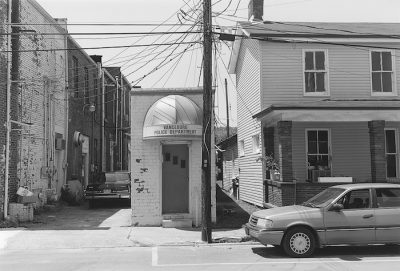 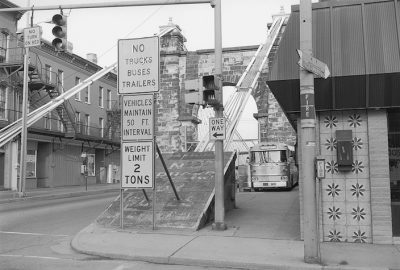 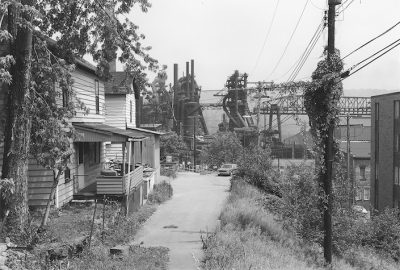 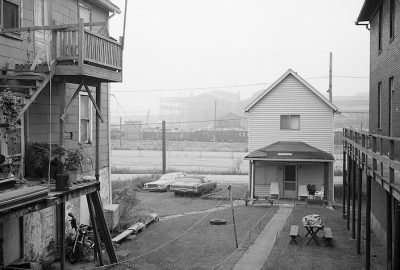 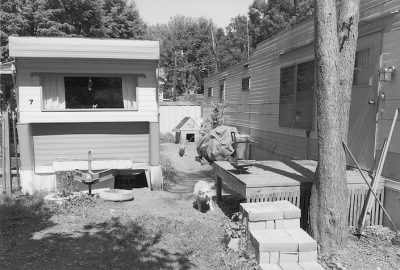 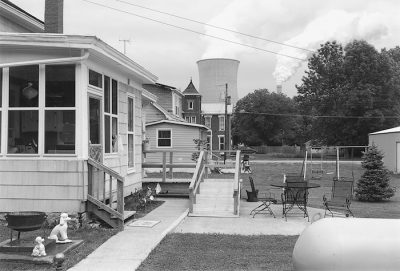 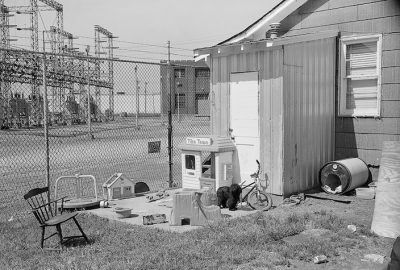 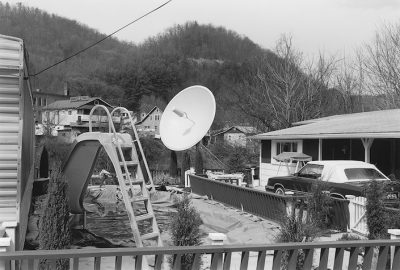 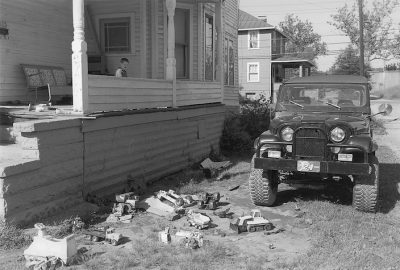 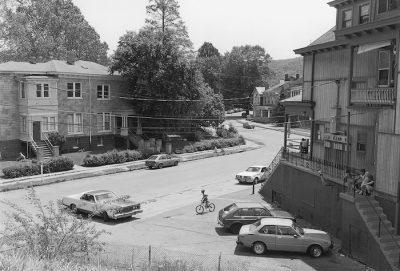 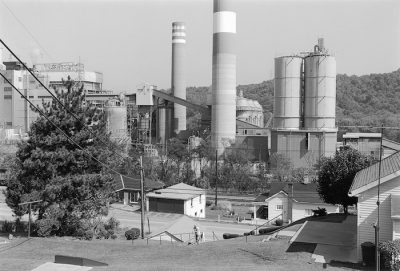 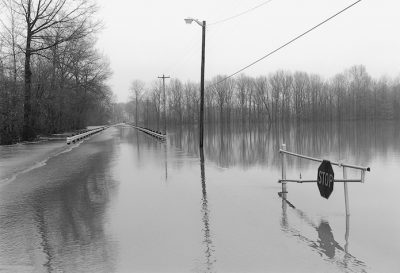 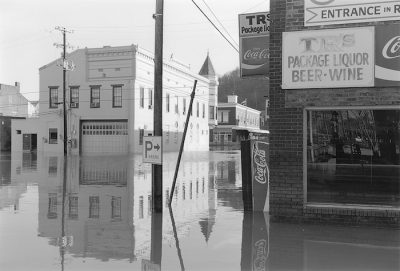 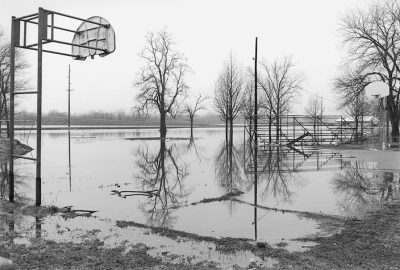 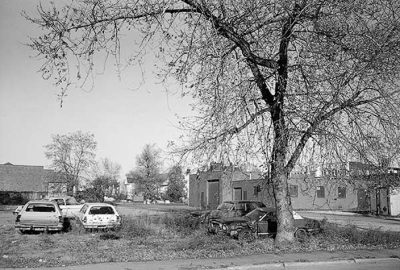 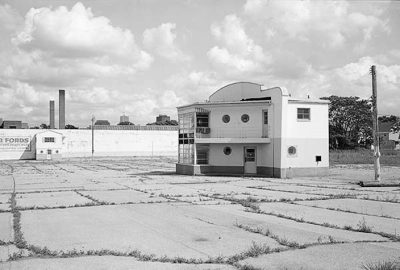 Sasha Wolf Gallery is proud to announce a solo exhibition by Andrew Borowiec.

Andrew Borowiec has spent the better part of the past three decades photographing the midwestern industrial landscape. His photographs describe, in explicit detail, the way it looks and feels to live in this part of America.
Single homes or structures seem to vie for space, in competition with looming power plants, big American cars and the ubiquitous satellite dish.
In less sure hands these scenes could be tedious: apparent banality, and overcrowded frames combining to push us away. But with Borowiec’s masterful framing, formal lines and understated light we want to stay and contemplate these places, Along the Ohio, that have been presented to us.

Andrew Borowiec has photographed America’s changing industrial and post-industrial landscape for over twenty-five years. His books include Along the Ohio (2000), Industrial Perspective: Photographs of the Gulf Coast (2005), and Cleveland: The Flats, the Mill, and the Hills (2008). He has received fellowships from the John Simon Guggenheim Memorial Foundation, the National Endowment for the Arts, the Ohio Arts Council, and in 2006 was awarded the Cleveland Arts Prize. Borowiec’s photographs have been exhibited around the world and are in the collections of the Chicago Art Institute, the Cleveland Museum of Art, the Museum of Fine Arts, Houston, the Library of Congress, the Museum of Contemporary Photography, the Nelson-Atkins Museum of Art, the Princeton University Art Museum, and the Smithsonian Museum of American Art, among others. Borowiec was born in 1956 in New York City but moved to Paris with his parents when he was nine months old. He spent his childhood in France, Algeria, Tunisia, and Switzerland. He received an M.F.A. in Photography from Yale University in 1982. Borowiec has taught photography at Parsons School of Design, the New School for Social Research, Germantown Academy, and Oberlin College. Since 1984, he has taught at the University of Akron’s Myers School of Art. In 2009 he was named a Distinguished Professor of Art.