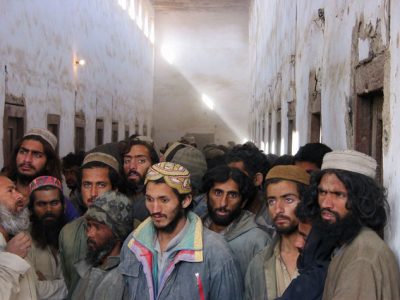 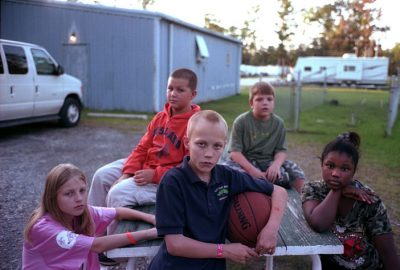 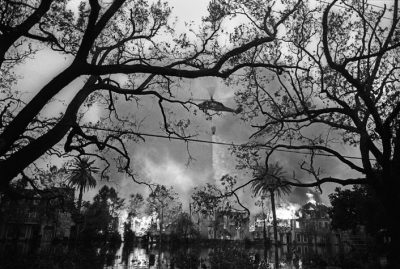 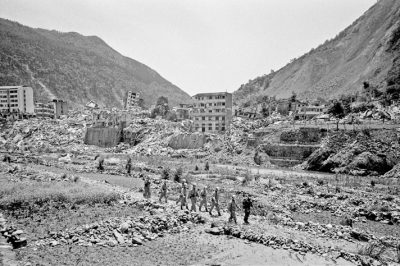 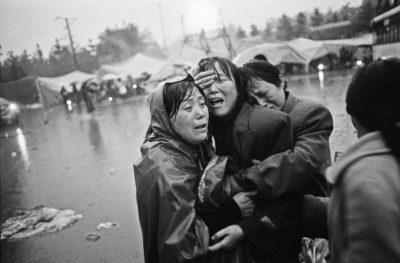 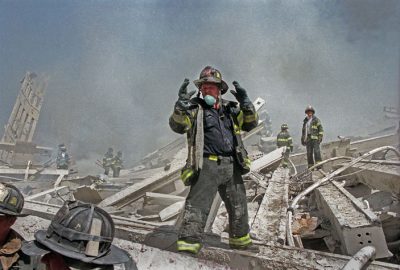 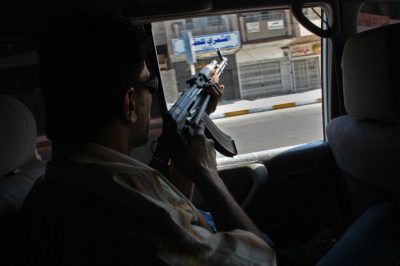 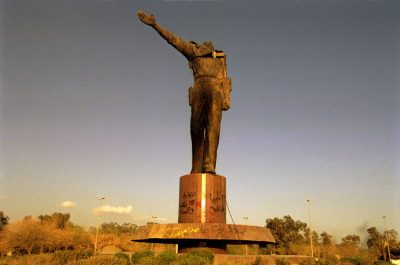 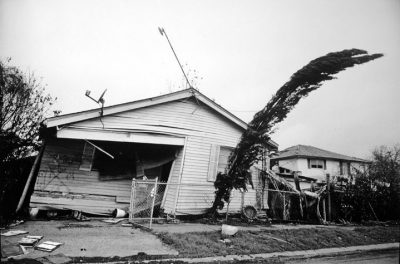 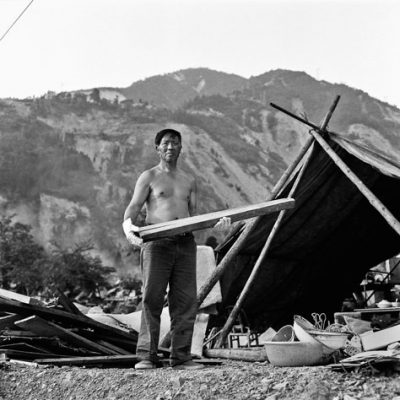 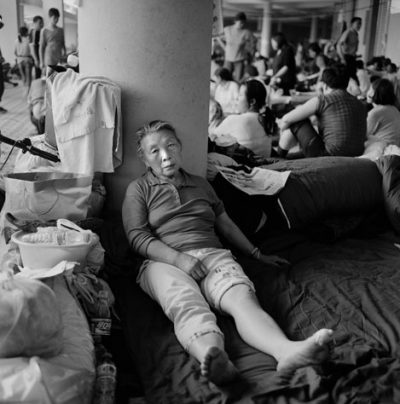 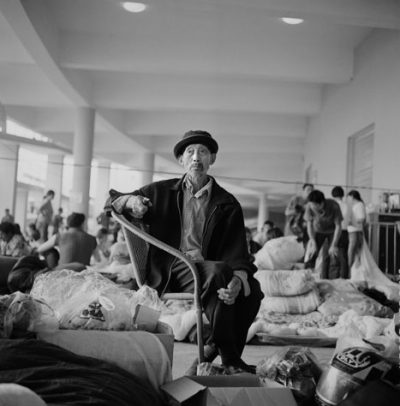 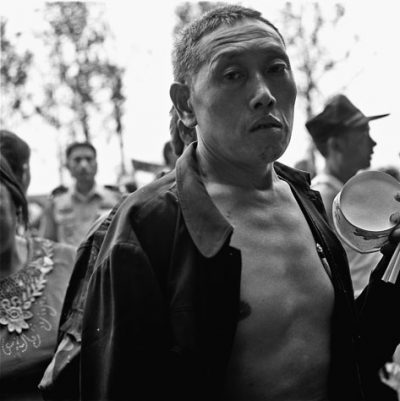 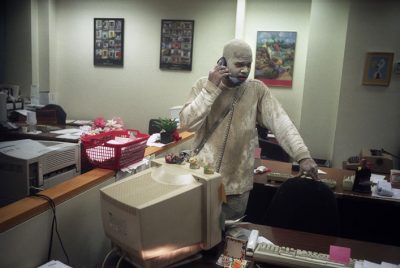 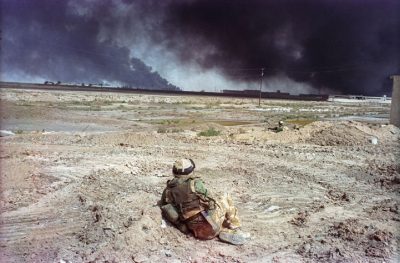 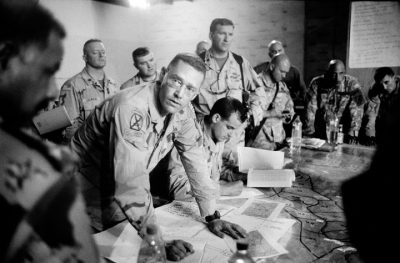 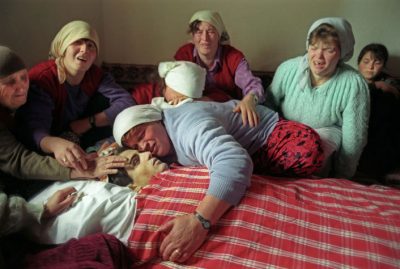 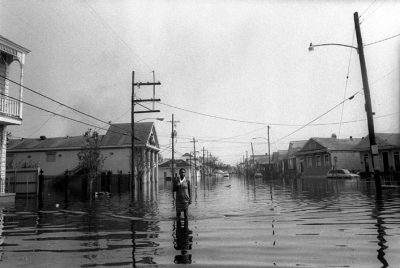 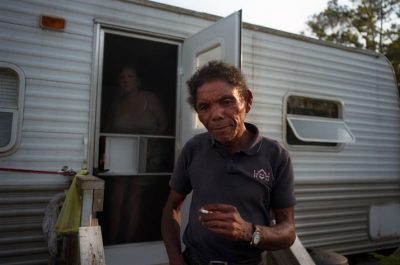 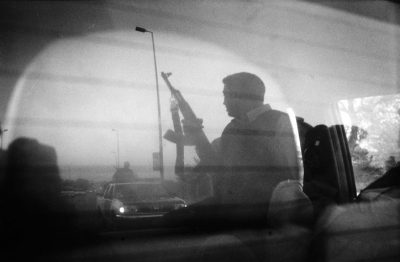 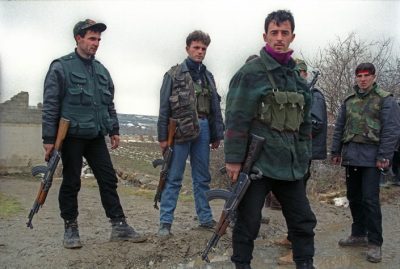 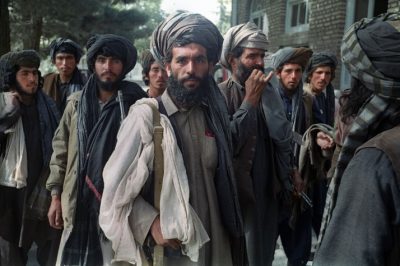 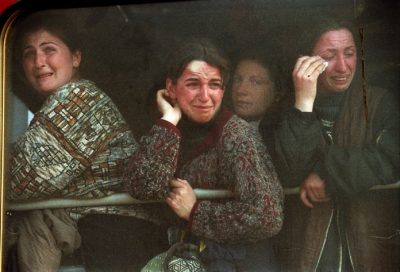 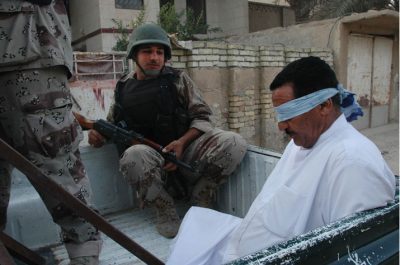 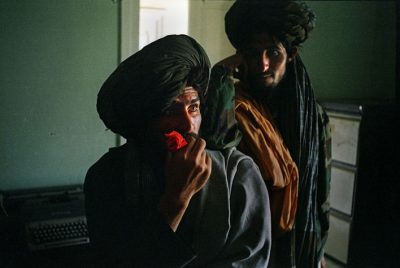 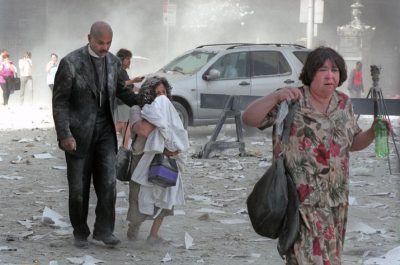 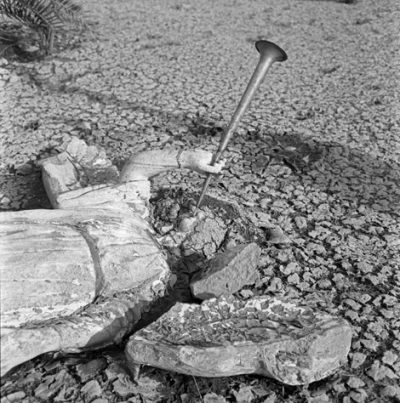 Alan Chin’s camera has had most of the formative events of the transition between centuries pass by its lens. Lucky for us, he is more than a photojournalist. He is an artist whose day job (on assignment for The New York Times, Newsweek, Time Magazine, et. al.) brings him to interesting places and puts him before spectacular events. It is often the spectacular event that we see depicted in our news outlets, and sometimes it is Chin who has made the photograph; but, there are other photographs, arguably more defining of the event, or at least of the humanity within or adjacent to the event, that would never make it to the pages of a newspaper: they are simply too nuanced. In this exhibition we do not necessarily see the front-page image (though one was nominated for the Pulitzer Prize and a few others have been published), nor do we see the quick-clip image that editors use to illustrate a caption for a story in a paper that must sell. That they may take time and consideration to appreciate is exactly what elevates these photographs above the run-of-the-mill photojournalism that in large part has inured our eyes to the tragedy and the grandeur of human struggle.

In Alan Chin: Dispatches, 1998-2008, the viewer will come across people in the throes of despair and violence; but the viewer will also see the kind of hope and struggle that is the hallmark of great human achievement. We may find it hard to imagine what it was like to have evacuated the towers in lower Manhattan to find ourselves covered with the dust of our co-workers in a world made different in minutes; we may find it hard to imagine what it is like to be relocated to a trailer park from our neighborhood in the Lower Ninth Ward, only to sit and wait for practical long-term help that was never to come; we may not be able to fathom the complexities of fighting to the death for a religious belief that has been instilled in us since the period of our earliest memories; and we may not be capable of imagining the feeling of being imprisoned for the way our most private beliefs have been interpreted by people whom we do not know. But we do know struggle and we do know courage–both are presented here for us to pay attention to, to pay homage to.

For the last ten years photojournalist Alan Chin has covered conflicts in Iraq, Bosnia and Kosovo, Afghanistan, Central Asia, and the Middle East. In September of 2005 Chin made the first of many trips to photograph the aftermath of Hurricane Katrina in Louisiana and Mississippi. He contributes regularly to the New York Times, Newsweek, and Time magazines, regularly exhibits at the Asian-American Arts Center, and is in the collection of the Museum Of Modern Art. The New York Times nominated his Kosovo coverage for the Pulitzer Prize twice, in 1999 and 2000. Alan Chin was born and raised in New York City.