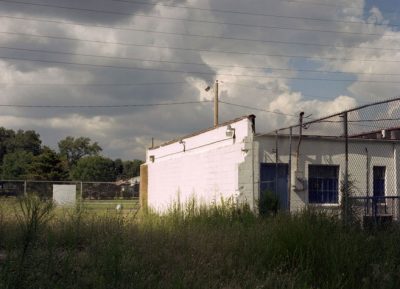 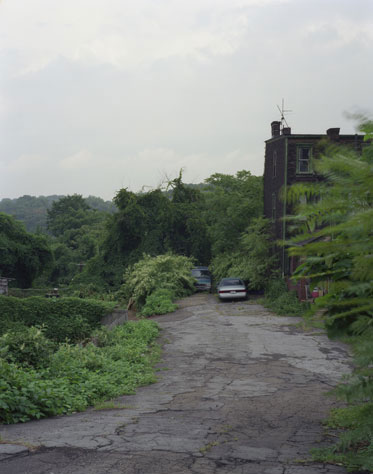 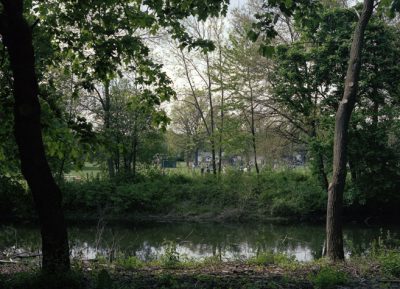 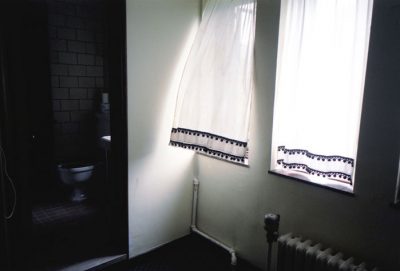 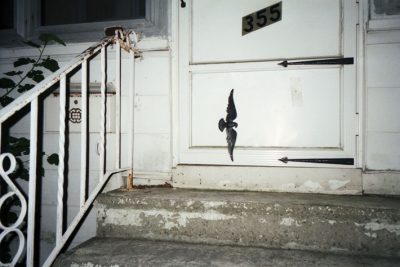 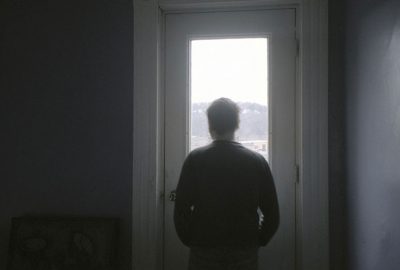 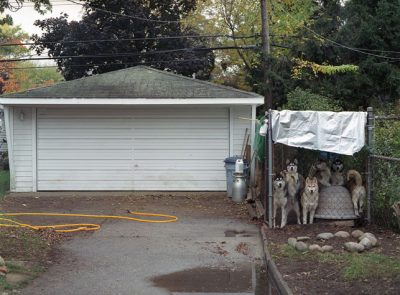 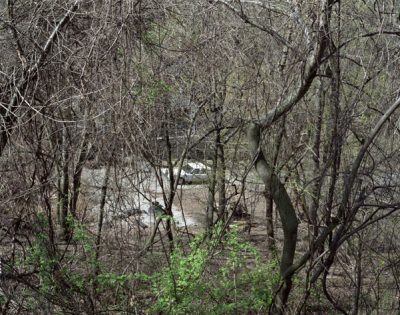 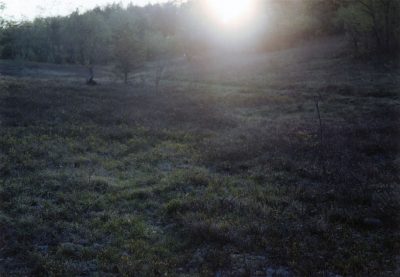 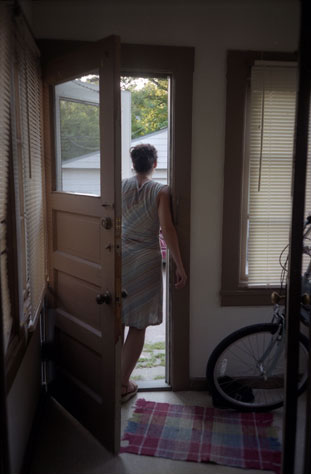 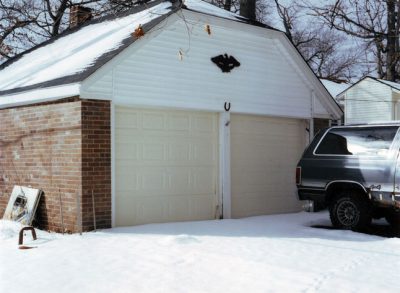 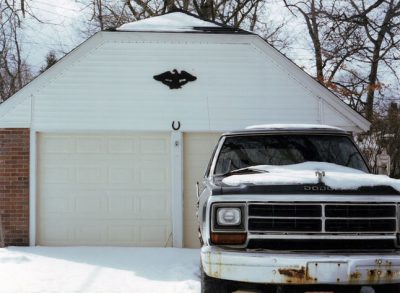 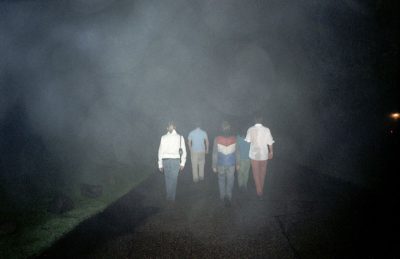 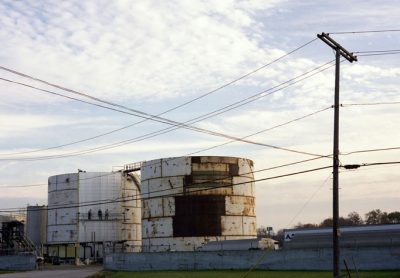 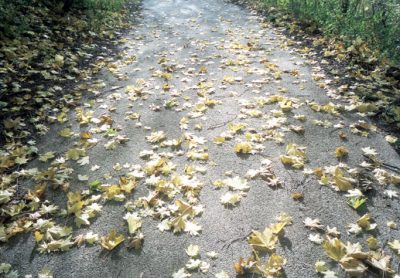 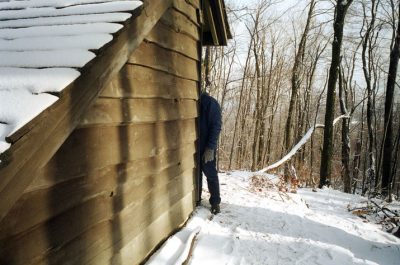 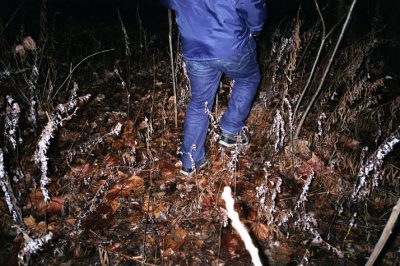 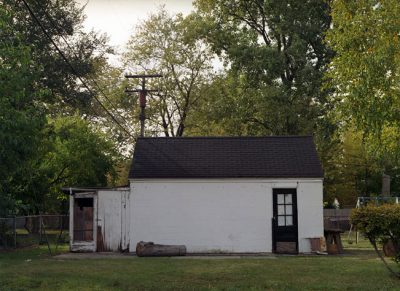 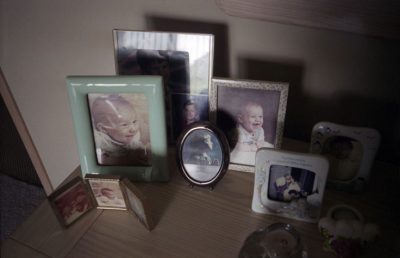 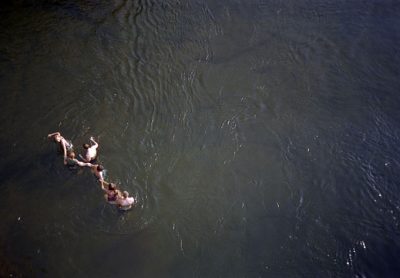 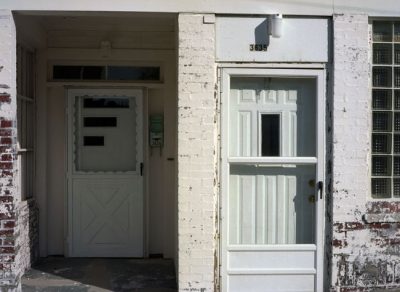 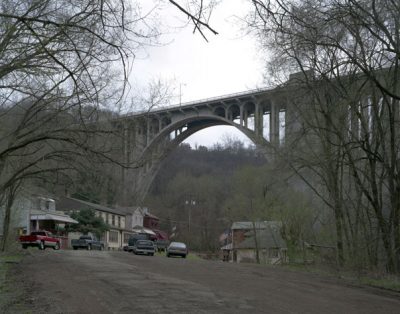 Under the Westinghouse Bridge, 2007 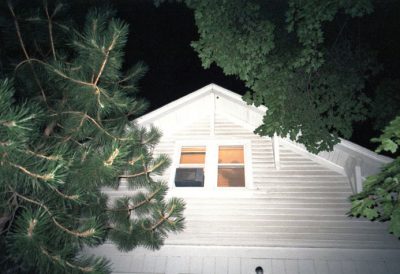 The exhibition will open on Thursday, November 6 with a reception from 6 to 8 p.m.

Catanese’s exhibition, Fieldwork, is comprised of photographs taken within the last five years throughout her native Rust Belt region. Shot in and around, Cleveland, Detroit, and Pittsburgh, these pictures are both personal documents- a quasi-visual diary- and in their totality, a somewhat ominous and deadpan narrative. At times we feel as though we are seeing a point-of-view shot from a feature film in which something sinister is about to happen.

At other times we are directed toward a more banal subject and, particularly through the use of flash, asked to consider it in detail. There are subjects here that seem to be the object of Catanese’s affection but sentimentality is definitely at a minimum and the snapshot aesthetic present in many of the photographs contributes to the take it or leave it attitude.

Fieldwork brings us to a decaying region, an area of post-industrial cities that represent the possible future of America as a declining nation. But this bad bill of health doesn’t make Catanese love her subject any less; she’s simply come to terms with its mortality.

Melissa Catanese was born in Cleveland, Ohio. She holds a BFA from Columbus College of Art and Design and an MFA from Cranbrook Acadamy of Art. Her photographs can be viewed as part of the Midwest Photographer’s Project at the Museum of Contemporary Photography in Chicago. Her work has been published in Paper Placements (ATL), a public art project curated by Jason Fulford of J & L Books and exhibited as part of the 2008 New York Photography Festival in DUMBO. She currently lives in Brooklyn.