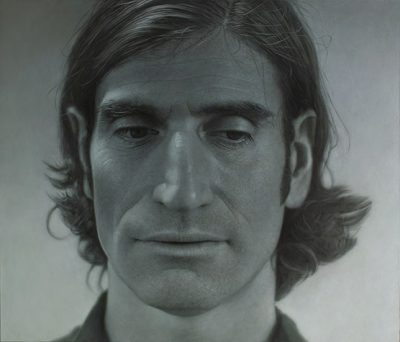 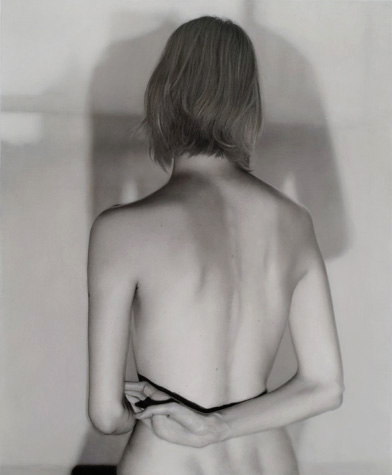 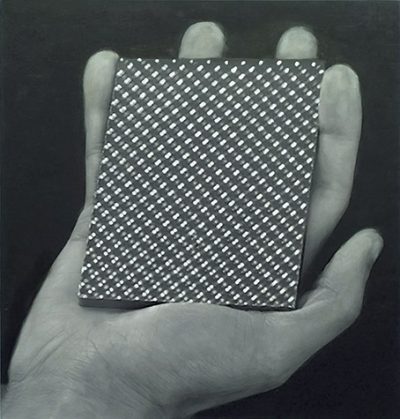 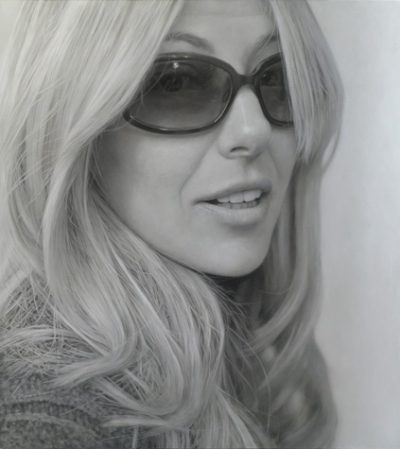 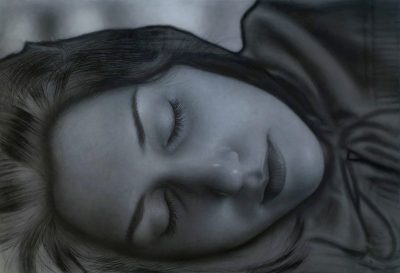 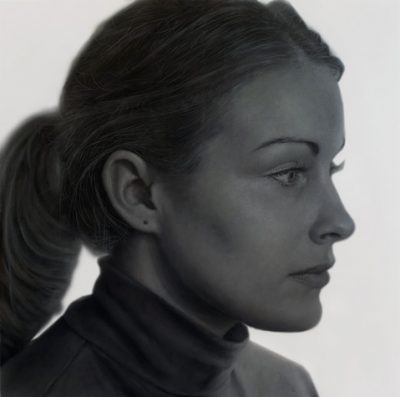 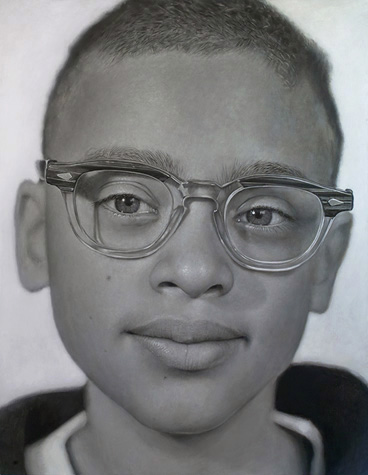 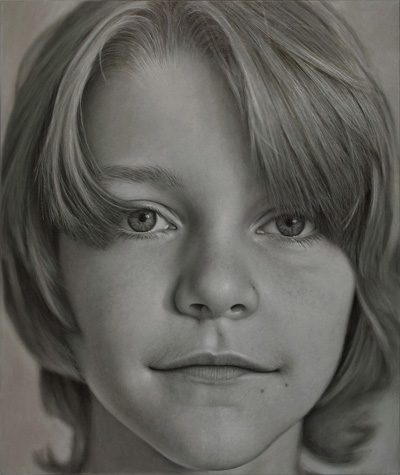 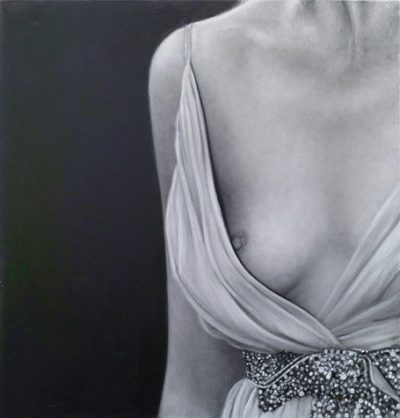 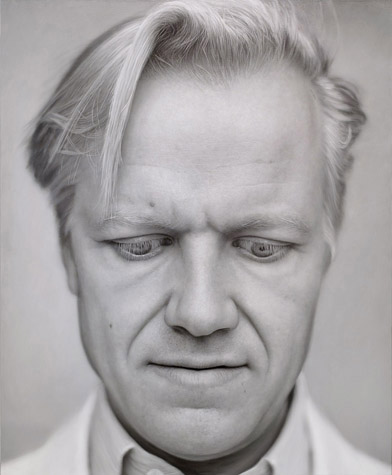 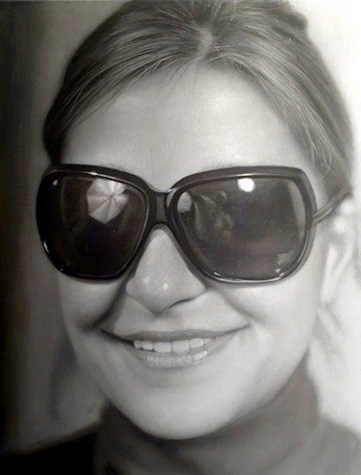 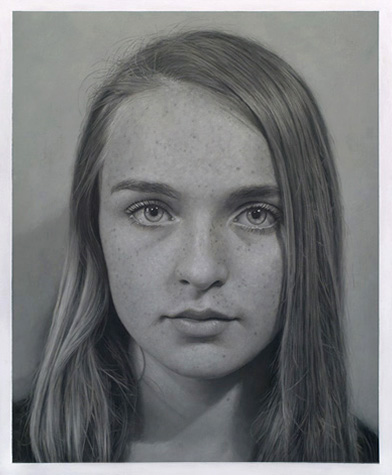 In Bill Sullivan’s exhibition, People I Know, classic black and white, photographic portraiture is reinterpreted and re-imagined in the form of large-scale, oil paintings. At first glance these paintings appear to actually be black and white photographs, but as one looks more closely, brushstrokes and colors reveal themselves in a subtle array of pastel tones. The palette of Sullivan’s paintings evolves directly from his familiarity with the subtle color spectrum that exists in the different printing processes of black and white photography throughout its long history. Sullivan makes the initial photographic portrait himself but his intention is not to make replicas of the photo print but rather to provide a painterly exploration of contrast, tone and space. Sullivan builds the surface of his paintings, investigating subtle contrasts and nuances of the painted object that have their own reality and depth with which the viewer can engage.

The look and feel of the imagery in Sullivan’s paintings riffs off of and appropriates iconic photographic styles from Man Ray’s solarization technique to Warhol’s screen test stills. Sullivan uses paint to depict a variety of photographic print qualities and draw the viewer into the conceptual battle over the place of the mediums of painting and photography as they have related to one another for more than 165 years.

In 1988 Sullivan graduated from Georgetown University in Washington DC in English Literature and Painting. He has been an artist and a portrait painter for the past 15 years. He worked for much of the time on a large conceptual project entitled Das Blaue Auto, which chronicled the evolution of a fictional lost, European art movement. He took up photography with a focus on street photography in 2002 and began to fuse his conceptual concerns with his work as a professional portrait painter, culminating in the major project 3Situations, completed in 2007. Bill Sullivan lives and works in New York City.