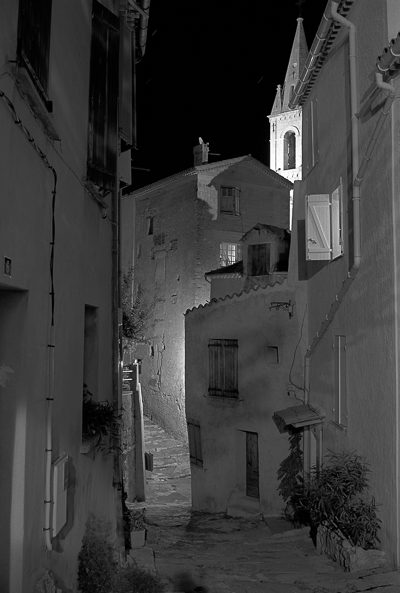 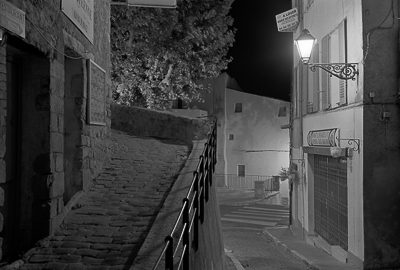 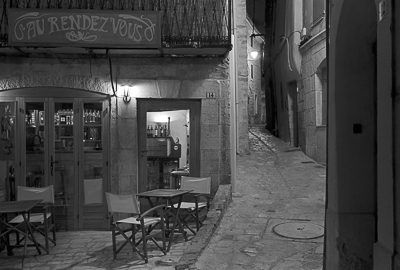 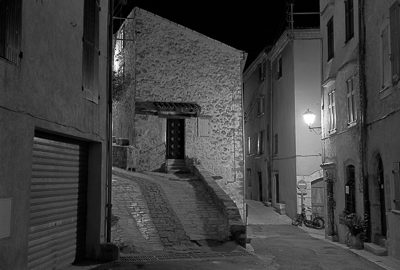 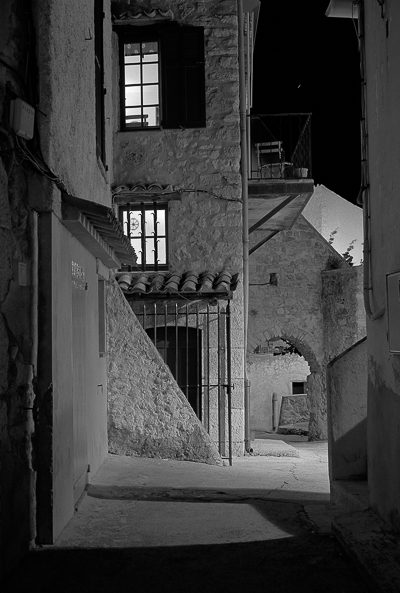 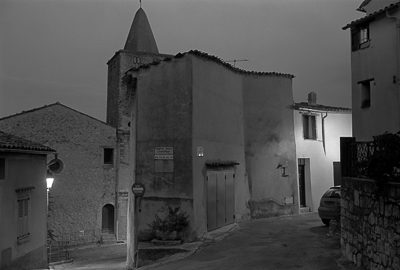 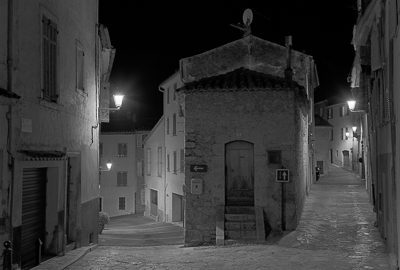 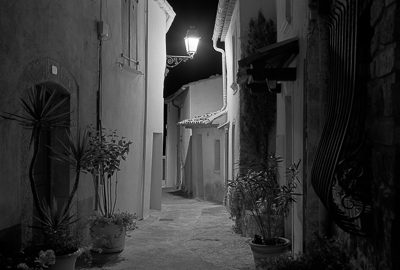 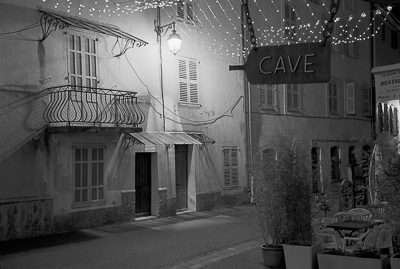 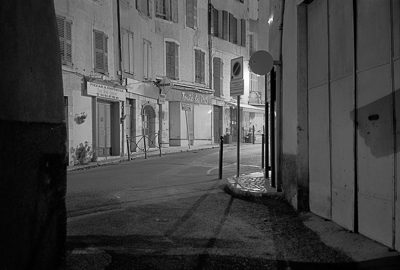 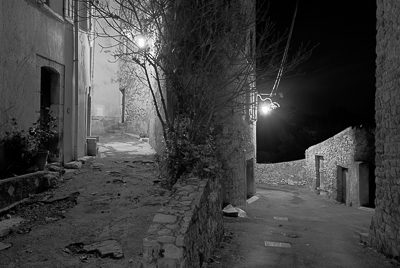 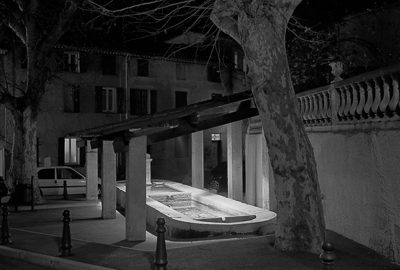 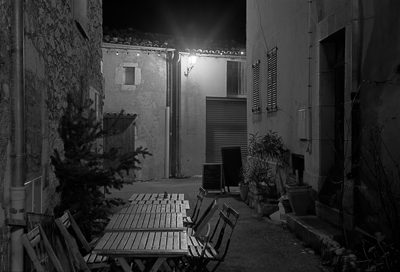 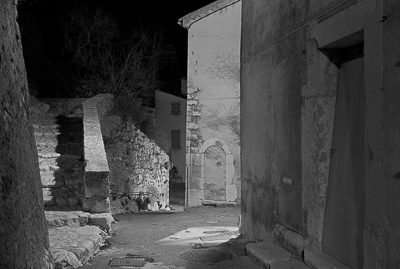 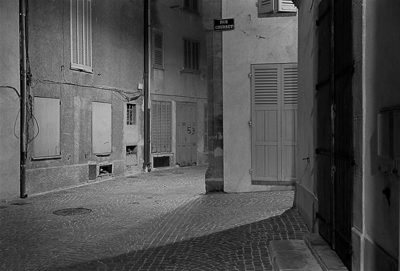 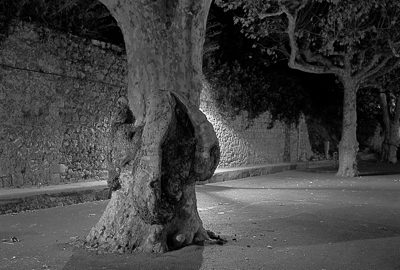 Andrew Borowiec: Provence
A solo show
January 14-February 22, 2015
The exhibition will open on Wednesday, January 14th with a reception from 6 to 8 p.m.

Andrew Borowiec spent several weeks between 2009 and 2011 in explorations of the hill towns of the Provence region in France. He returned to his family’s home in the Var Département, using a medium-format, 6 x 9 camera to photograph the surrounding villages at night. Borowiec was seeking the lost landscape of his childhood in these images shot at street level using only the light from the lamps lining the streets and alleyways.

With these images, Borowiec takes his viewers by the hand leading them through a search of the quiescent streets of seeming pre-industrial cities—a dreamscape with electric streetlamps acting as guides. These towns exist in a province originally named by the Romans, which became the property of French kings in the 15th century. They do seem like antiquated vestiges with their wooden shutters, ornate, wrought iron gates and window guards, clay tile roofs, winding cobblestone streets, and stone archways. Through Borowiec’s careful retracing of his steps, the villages become knowable, but are still enigmatic. They are places between places. They sit between the urban and rustic, slowly being enveloped in the shadow cast by modernity, just as memory slowly becomes enveloped in forgetfulness.

Andrew Borowiec has photographed America’s changing industrial and post-industrial landscape for over twenty-five years. His books include Along the Ohio (2000), Industrial Perspective: Photographs of the Gulf Coast (2005), and Cleveland: The Flats, the Mill, and the Hills (2008). He has received fellowships from the John Simon Guggenheim Memorial Foundation, the National Endowment for the Arts, the Ohio Arts Council, and in 2006 was awarded the Cleveland Arts Prize. Borowiec’s photographs have been exhibited around the world and are in the collections of the Chicago Art Institute, the Cleveland Museum of Art, the Museum of Fine Arts, Houston, the Library of Congress, the Museum of Contemporary Photography, the Nelson-Atkins Museum of Art, the Princeton University Art Museum, and the Smithsonian Museum of American Art, among others. Borowiec was born in 1956 in New York City but moved to Paris with his parents when he was nine months old. He spent his childhood in France, Algeria, Tunisia, and Switzerland. He received an M.F.A. in Photography from Yale University in 1982. Borowiec has taught photography at Parsons School of Design, the New School for Social Research, Germantown Academy, and Oberlin College. Since 1984, he has taught at the University of Akron’s Myers School of Art. In 2009 he was named a Distinguished Professor of Art.