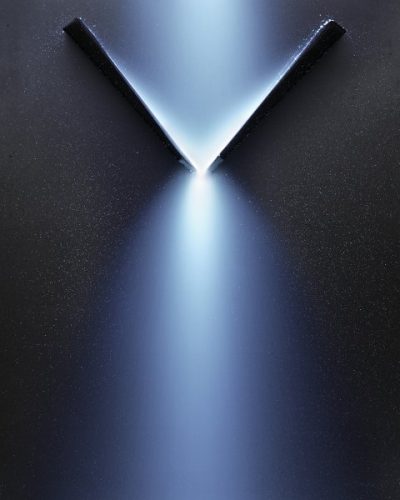 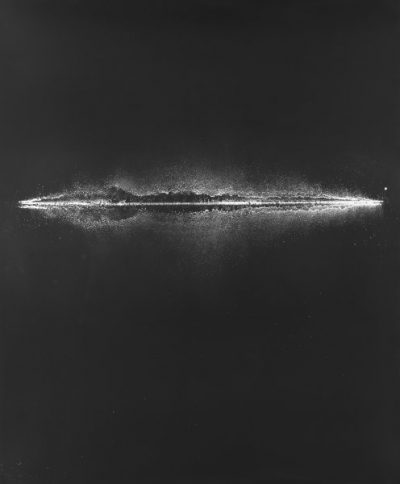 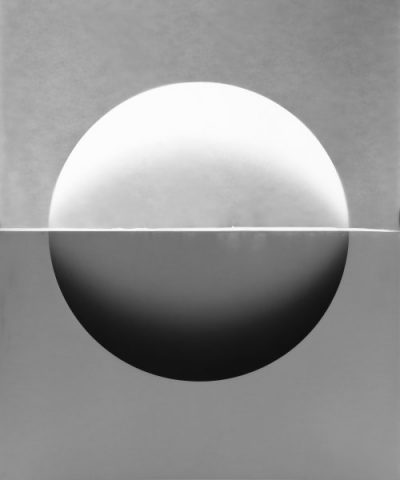 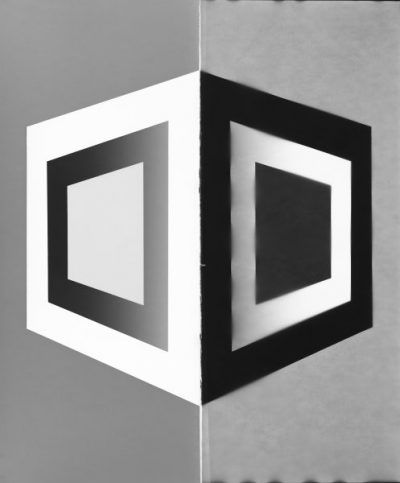 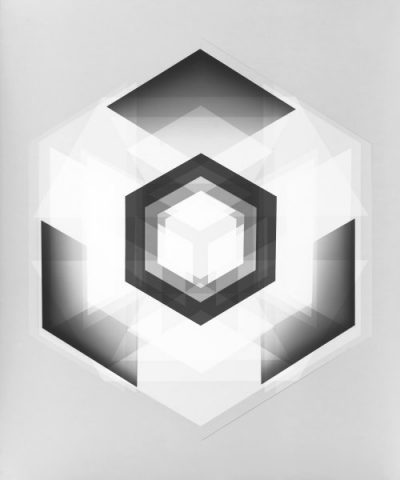 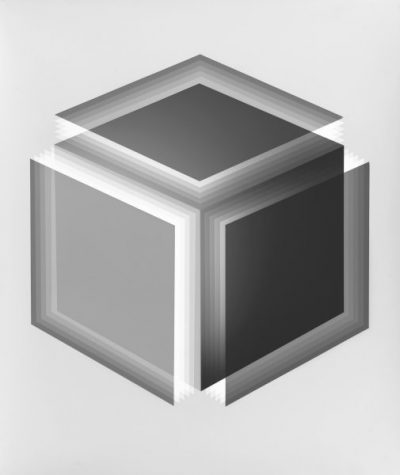 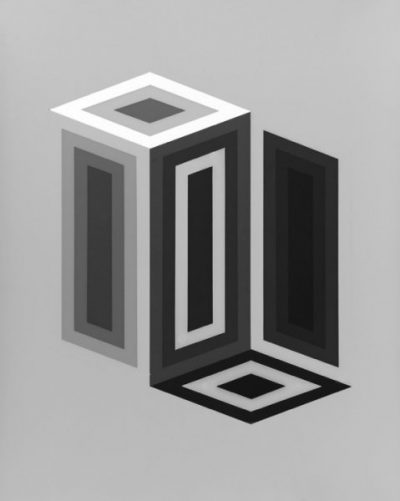 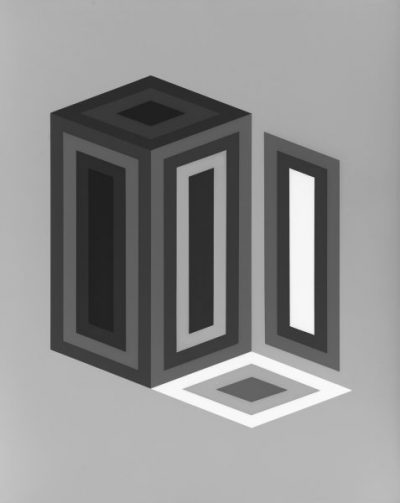 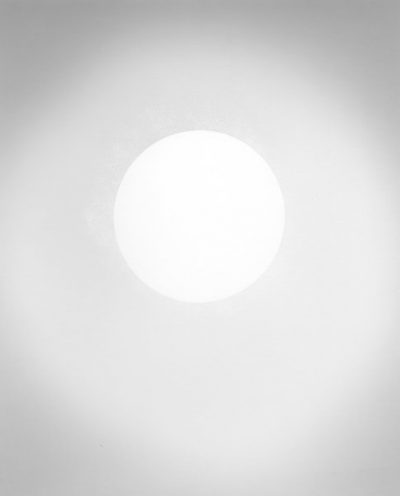 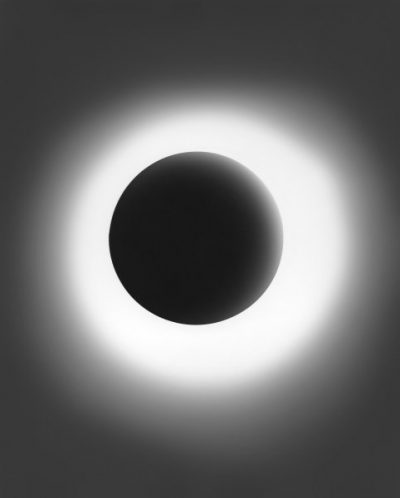 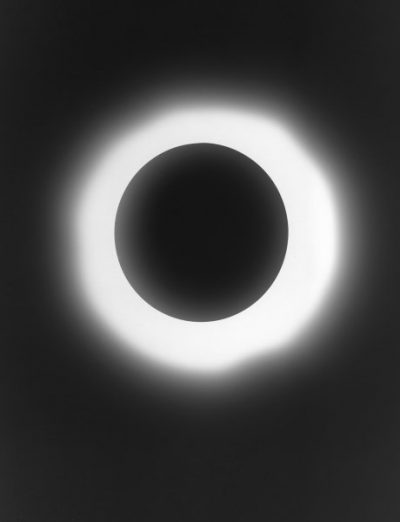 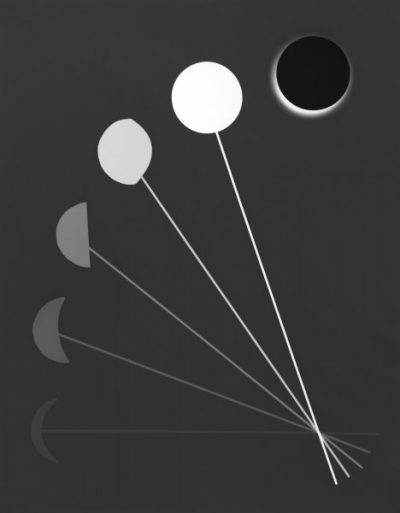 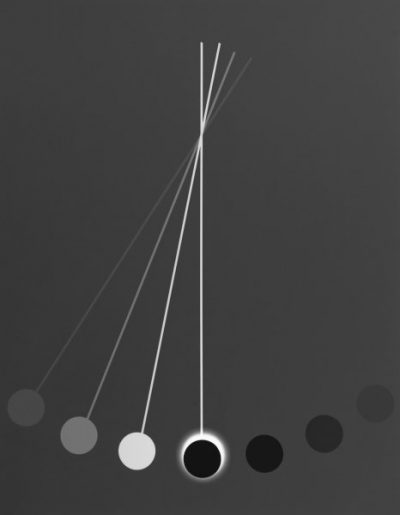 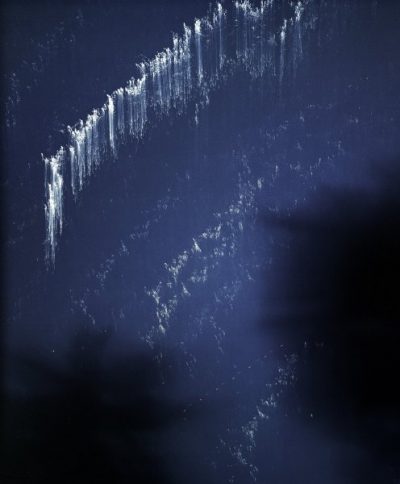 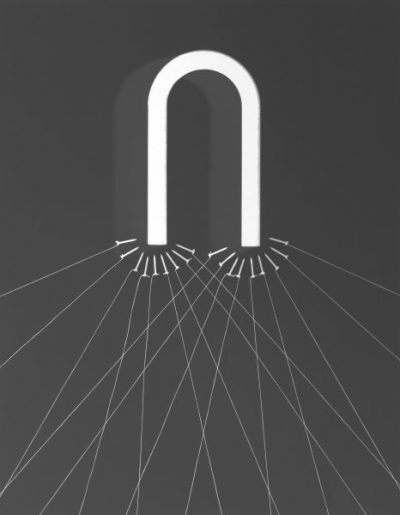 Redshift is the phenomena of light as it comes into contact with gravity. Since the speed of light is ever constant, it can not speed up when entering a gravitational field nor slow down when leaving one. To compensate for the effects of gravity, light maintains speed by shifting color; light moving away from a gravitational field shifts toward red.

In this new series of images – comprised mostly of unique photograms – Charland has continued his study of photographic precepts while diving deeper into the basic scientific principals of time, light, optical illusions and planetary phenomena.
With the occasional wink at the most basic of darkroom techniques, Charland employs apparatus such as dodging tools (Moon Phase, #1410 and Pendulum, Dodge & Burn #1405) and his own sternum (Solar Plexus) to mimic and capture elements of the
solar system. He goes deeper into his preoccupation with time, space and geometric patterns with his various illusory compositions. This show synthesizes ideas that Charland has been working on for over a decade.

“We have traveled a long way since those far off times when our ancestors gazed in wonder at the starry skies. As civilization progressed, Science arose out of a desire for a deeper understanding of the mechanisms of nature. I have untold reverence for the processes and rigor of great thinkers from the past; from Ptolemy to Newton, the pursuit of rare moments exposed the thread-work Einstein would see as an all encompassing cosmic fabric. Over the last few years the discovery of the existence of higher dimensions, the paradoxes of light speed, and theories of space and time folding over onto itself have informed and challenged my practice.
Whether attempting to capture the interactions of light and gravity directly, or utilizing the basic tools of the darkroom to mimic cosmic possibilities, my hope is that this work affirms that even within the well tested laws of science there are, and must always be, pathways to reinterpretation and discovery.”
– Caleb Charland, March 2016