The Weather and A Place to Live

The Weather and A Place to Live 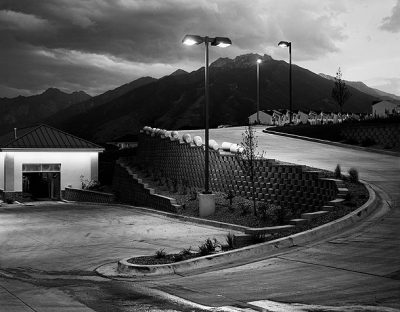 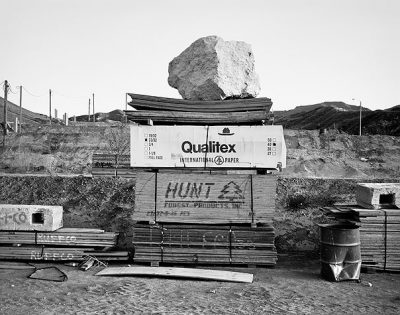 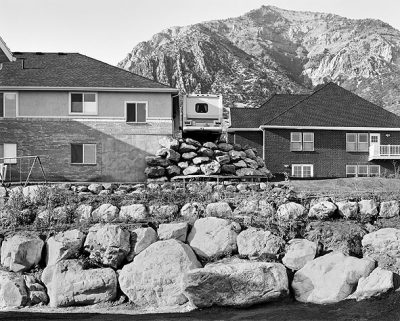 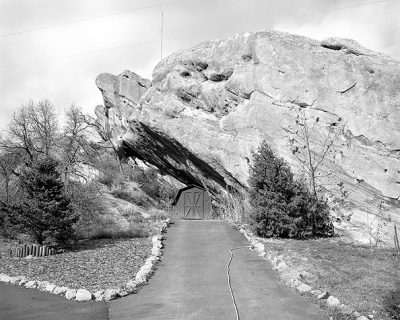 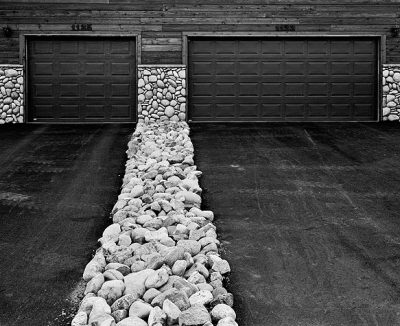 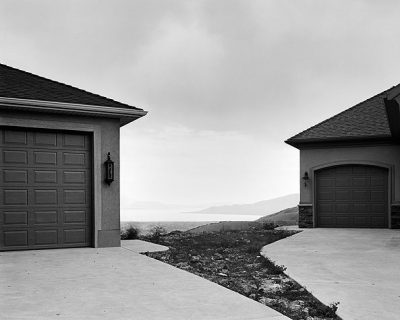 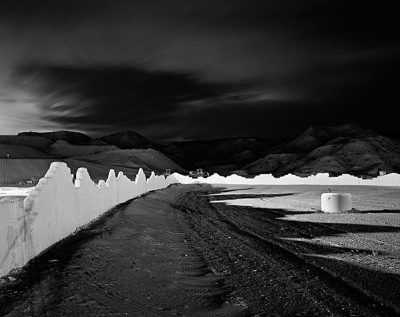 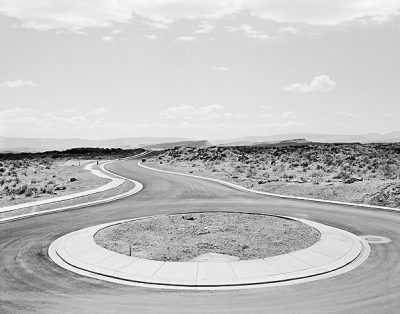 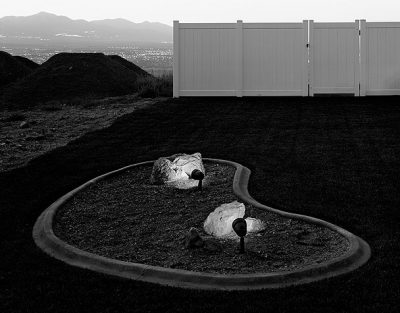 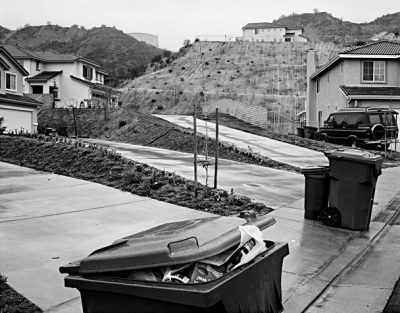 ANNA COLLETTE: DARK LANDSCAPES
STEVEN B. SMITH: THE WEATHER AND A PLACE TO LIVE

Sasha Wolf Gallery is please to announce a two-person show of photographs by Anna Collette and Steven B. Smith.

Anna Collette is a photographer who explores conflicted notions of the contemporary landscape. Her first photographic project commenced in 2002 as a series depicting urban and suburban environments that focused on how the natural world-and human expectations of it-is being redefined, both visually and metaphorically, by the failed idealism of increasing development.

Collette’s most recent work, Dark Landscapes, portrays a forest at nightfall during winter. In this new series, Collette capitalizes on photography’s capacity for creating a world that is transcendent instead of merely literal. The process involves exposing the negatives so that each image is barely perceptible to the human eye; she then uses a scanner to read and render the negatives perfectly, revealing an impenetrable, tangled, and forbidding realm. As beautiful as these photographs are, they also force us to see these forests as full of menace and mystery-where danger and wonder meet.

Steven B. Smith is a photographer whose work chronicles the transition of the dramatic and formidable Western landscape into a kind of tamed and caged suburbia. The photographs depict what has become derisively referred to as suburban sprawl, but they also reveal Smith’s conflicted feelings about development in the West in general. Many are simultaneously funny and bleak, the byproduct perhaps of a native’s (Smith was born and raised in Utah) affection for and identification with the area. How the people who dwell in these spaces make use of them and incorporate them into their habitats is Smith’s singular preoccupation.

As Maria Morris Hambourg noted in her introductory essay to Smith’s book of this work, “Poet James McMichael observed the same commercial and geographic devolution in the Pasadena area earlier in the twentieth century. Of this process, in Four Good Things (1980), McMichael concluded dryly: “What they were selling was the weather and a place to live, and that was what was left.”

Steven B. Smith was awarded the First Book Prize for Photography by the Honickman Foundation and the Center for Documentary Studies at Duke University for his book The Weather and a Place to Live: Photographs of the Suburban West published by Duke University Press (2005). He has received Guggenheim and Aaron Siskind Fellowships. His work has been widely exhibited and can be found in many public collections, including the Museum of Modern Art and the Metropolitan Museum of Art. Smith received his BFA from Utah State University and his MFA from the Yale School of Art. He has taught photography at Yale and Brown University and currently lives in Barrington, RI, where he teaches in the photography department at Rhode Island School of Design.

Anna Collette was born in Massachusetts. She received her BFA from the Massachusetts College of Art and her MFA from Yale University. She teaches photography at Purchase College, SUNY, and lives in New York City.