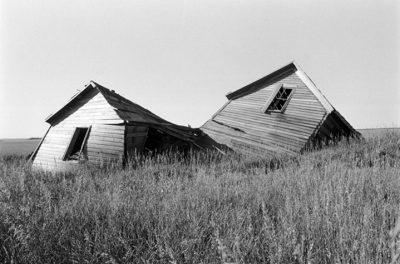 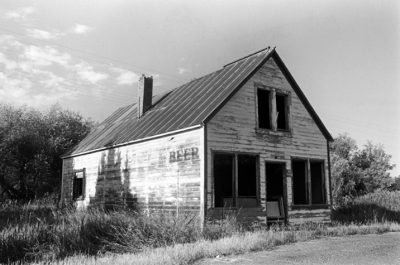 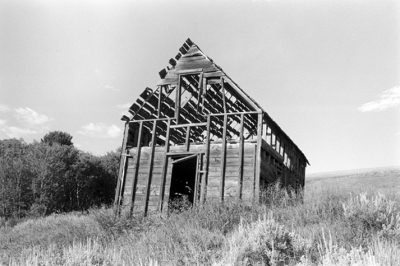 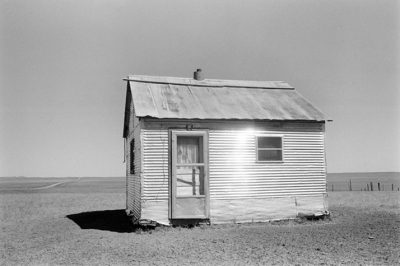 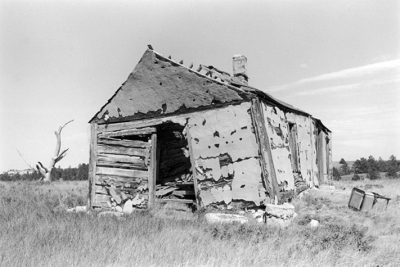 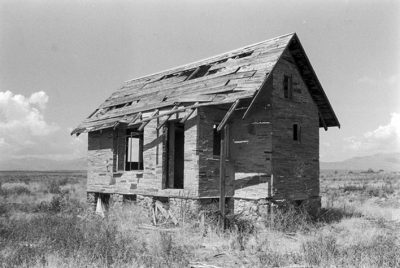 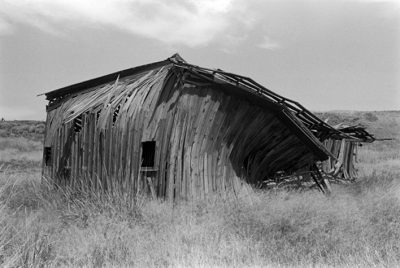 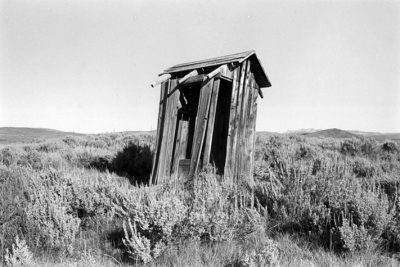 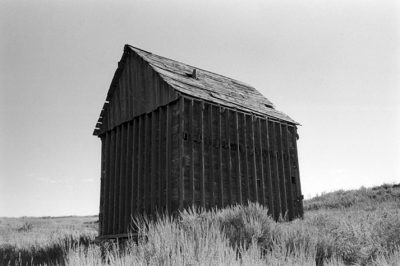 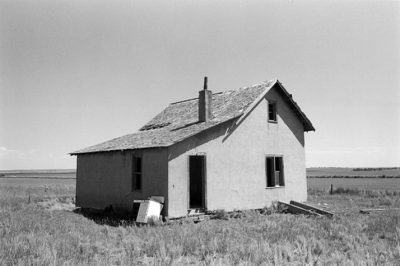 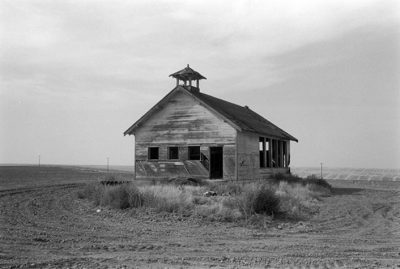 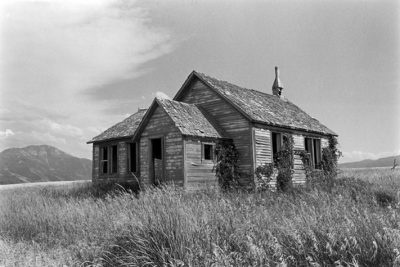 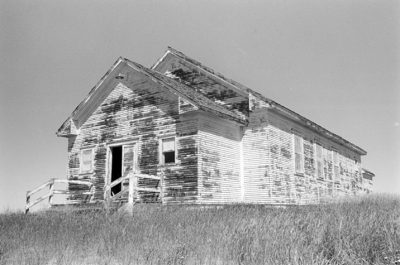 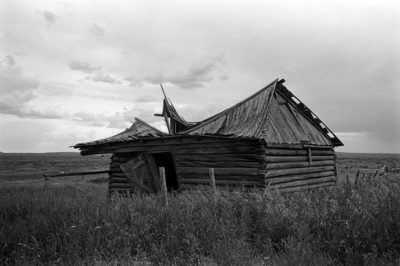 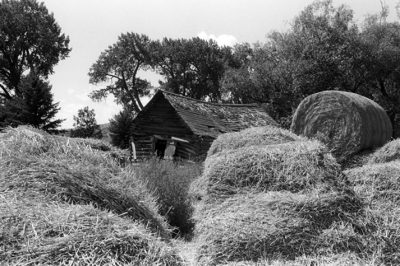 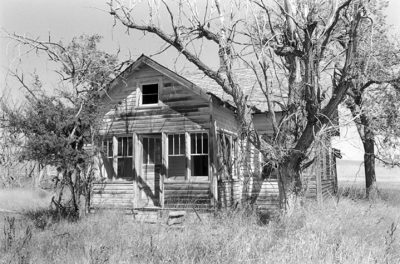 Sasha Wolf Gallery is proud to announce a solo exhibition by Peter Kayafas.

Peter Kayafas spent several weeks during each of the past three summers driving through the plains of the American West. From Nebraska to Washington Kayafas logged over twelve thousand miles. His primary concern during these trips was the vestiges of abandoned structures. These ramshackle constructs—houses, churches, barns, out-houses—have been forsaken by the people who made use of them, yet they still survive. In Kayafas’s photographs we get a strong sense of their fortitude—their sturdy foundations and well-constructed bones are evident, even when they’re on their last legs, battered by the elements and done in by time.

Kayafas has approached these structures as he would people; the photographs are, in essence, straight portraits. The formal framing is evident. As a result they take on a strangely anthropomorphic quality; they seem like people posing–finding a way to appear noble though their better days are behind them. And as a storefront, portrait photographer of the 19th and 20th century might place his subject in front of a simple backdrop, Kayafas has used the landscape, the sameness of the plains, as his defining background.

Peter Kayafas has traveled and photographed extensively in the United States, Europe, Cuba and Romania. He has exhibited at the Brooklyn Museum of Art; Ariel Meyerowitz Gallery in New York City; Gallery Luisotti in Santa Monica, CA; the Art Institute of Chicago; the DeCordova Museum and Sculpture Garden, Sasha Wolf Gallery and other places. His work has been published in the monograph O Public Road: Photographs of America (Purple Martin Press 2009); DoubleTake Magazine; Bystander: A History of Street Photography; Two Views of Cuba: Photographs by Lou Jones and Peter Kayafas (DeCordova Museum, 2001); and The Spirit of Family by Albert and Tipper Gore. In addition to numerous private collections, his photographs are at the Museum of Modern Art, New York; the Brooklyn Museum of Art; the New York Public Library; the San Francisco Museum of Modern Art; the New Orleans Museum of Art and the DeCordova Museum in Lincoln, MA. When Kayafas is not on the road he lives and works in New York City.