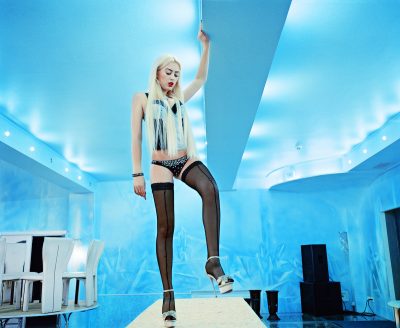 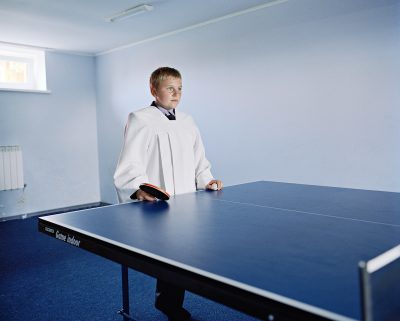 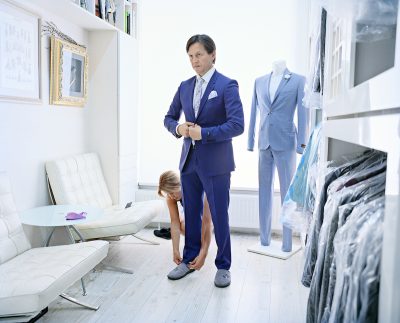 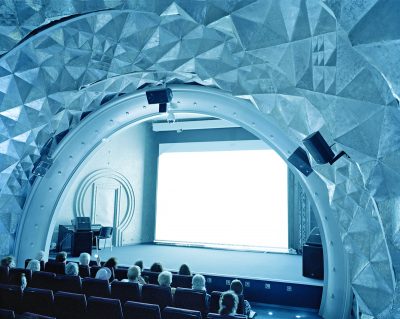 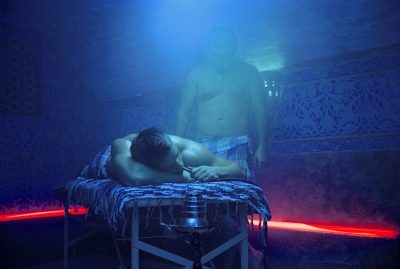 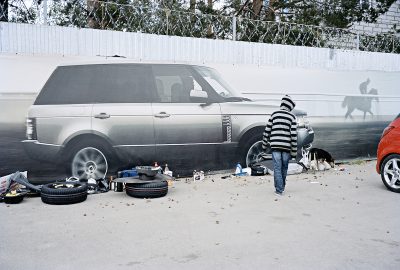 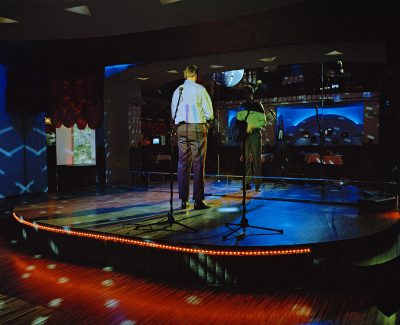 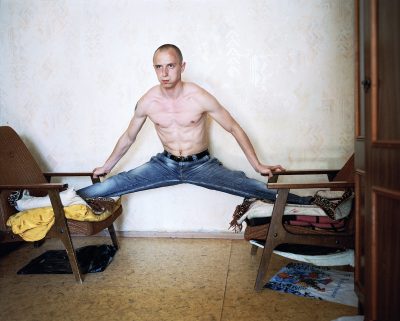 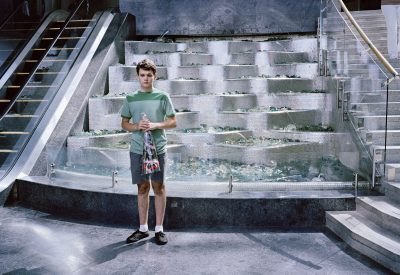 The protagonists presented in Tinsel and Blue are an orphaned post-Soviet ‘generation’ that came of age in an ideological vacuum. Having disowned their past, they are adrift in an indeterminate present. They construct worlds from fashion, ornament, and spectacle – a defense against historic dislocation. The photographs meditate on the relationship between illusion and truth, aspiration and frustration, decadence and banality, as their subjects seek to self-define, come of age, and create an identity out of splintered pieces of the past and hopes for the future.

The images are weighted with details of costume and décor and further described with intensity of color, which becomes a subject in and of itself. The pervasive blue, the blue of the title, is given particular symbolic power as it envelops interiors and bodies alike. Its double meaning of its palette and state of mind speaks directly to the fissure between the veneer of glamour and the melancholy of unfulfilled fantasy.

The photographs in this series were taken between 2009-2014 in Russia and Ukraine. Meeting her subjects through personal connection and happenstance, Rudensky sought to find tension between each character and their affect; who they are and who they aspire to be.